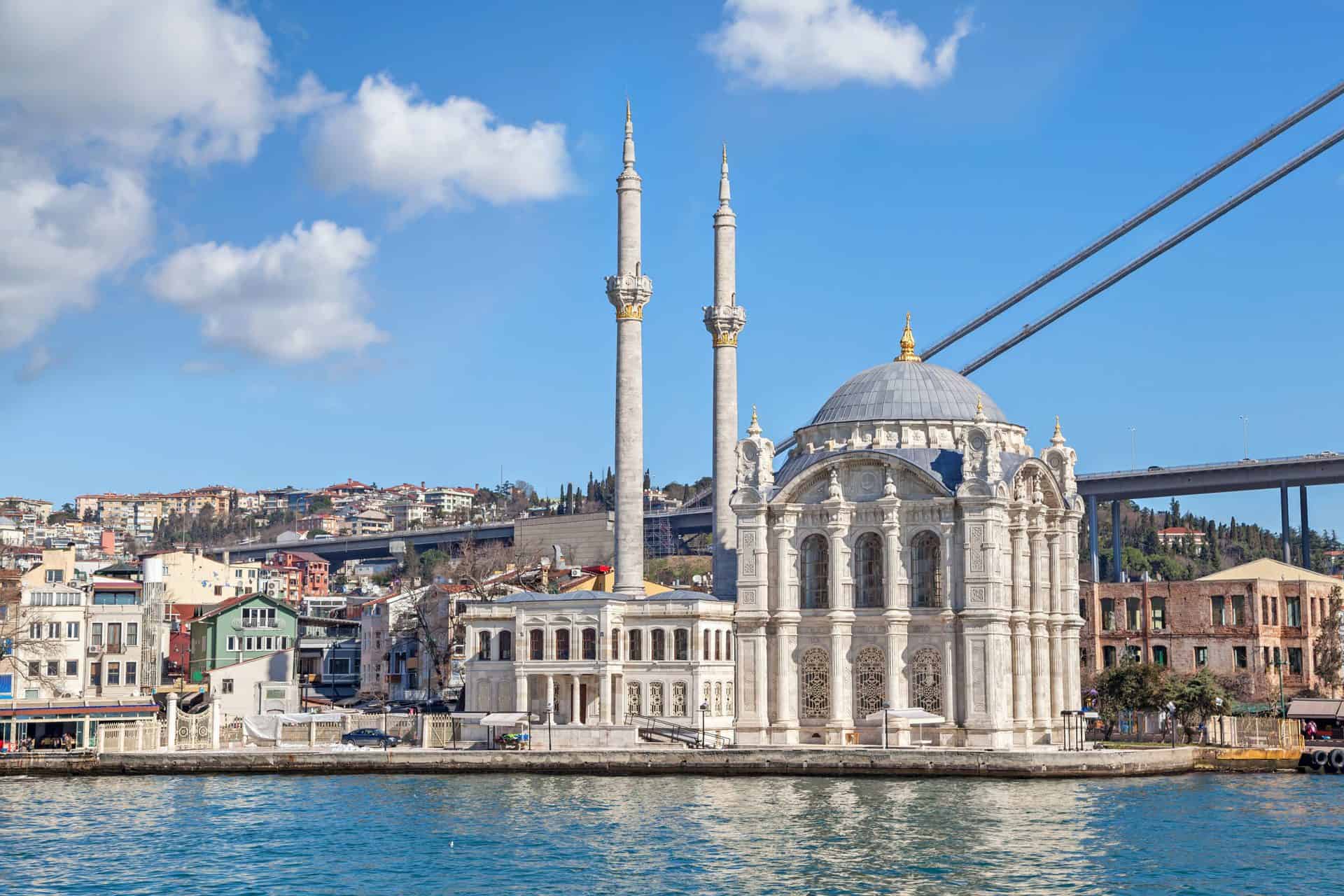 Besiktas contains 23 neighborhoods, most of the are well-known neighborhoods like Bebek, Ortaköy, Levent, Etiler, Arnavutköy, etc. as well as Besiktas hosts a number of historical, cultural, and artificial sites like Dolmabahçe Palace, Yıldız Sarayı Museum, and Ciragan Palace Kempinski.

Beşiktaş is one of the most popular and valuable districts located at the entrance of the Bosphorus. And it is full of touristic sites, business areas, shopping centers like Zorlu Center, hospitals like Acıbadem Fulya Hospital, Liv Hospital, OTA & jinemed hospital.

Notable Turkish universities like Bogazici, Bahcesehir University, Yıldız Technical University, and charming views of the Bosphorus. And it is considered the leading financial center of Turkey.

Top 5 places to visit in Besiktas:

Dolmabahçe Palace, the elegant palace of the Bosphorus, is one of the most magnificent symbolic structures of the Ottoman Empire’s changing 19th-century identity. The palace is reflected the trend and modernity of the 19th-century palaces and it is located in the coastal area of Besiktas.

Yıldız Palace is a vast complex of former imperial Ottoman pavilions and villas in Istanbul. It is built in the 19th and early 20th centuries. Abdülhamid II chose Yıldız Palace as the administrative center after leaving Dolmabahçe Palace and spent thirty-three years there.

Büyük Mecidiye Camii or Ortaköy Mosque in Beşiktaş, Istanbul.  It is situated at the waterside of the Ortaköy pier square, one of the most popular locations on the Bosphorus.

Yildiz Park is a historical and urban park in the Beşiktaş district of Istanbul, Turkey. The park is located in Yıldız quarter between the palaces of Yıldız and Çırağan. And it is considered one of the largest public parks in Istanbul.

Zorlu Center is a multiple-use complex in Beşiktaş Istanbul, it contains an upscale shopping mall, a five-star Raffles hotel, and a Cinemaximum megaplex, as well as residences and offices.

Advantages of living in Besiktas:

In 2013 Beşiktaş took first place due to its high quality of life, prosperity, and cultural level.

Besiktas is a very suitable district to live or invest in, but the real estate market there is somewhat expensive compared to other districts in Istanbul.

Besiktas has a bright and entertaining life, it is full of shops, fish markets, shopping centers, and historical sites. Besiktas is the home for the notable educational institutions of the country and Europe within its borders, and it is the center of private education institutions.

A recent study published by Zingat shows that about 3.4% decrease in its population within 2021, and its total population has reached 176,513 people, all of whom are from the high class and well-educated, and more than 50% are married.

Beşiktaş has witnessed an increase in the prices of its residential properties by 3.45% in the last month amounted to 1,553,343 TL Turkish liras, which means, the average prices in Besiktas are somewhat higher compared to other well-known districts like Basaksehir, Beylikduzu, Bahcelievler. In that, it can represent a great opportunity in investing there.

Taksim is located in Beyoğlu in the European part of Istanbul, Turkey. It is the main...
Continue reading