10 things to know about Turkey  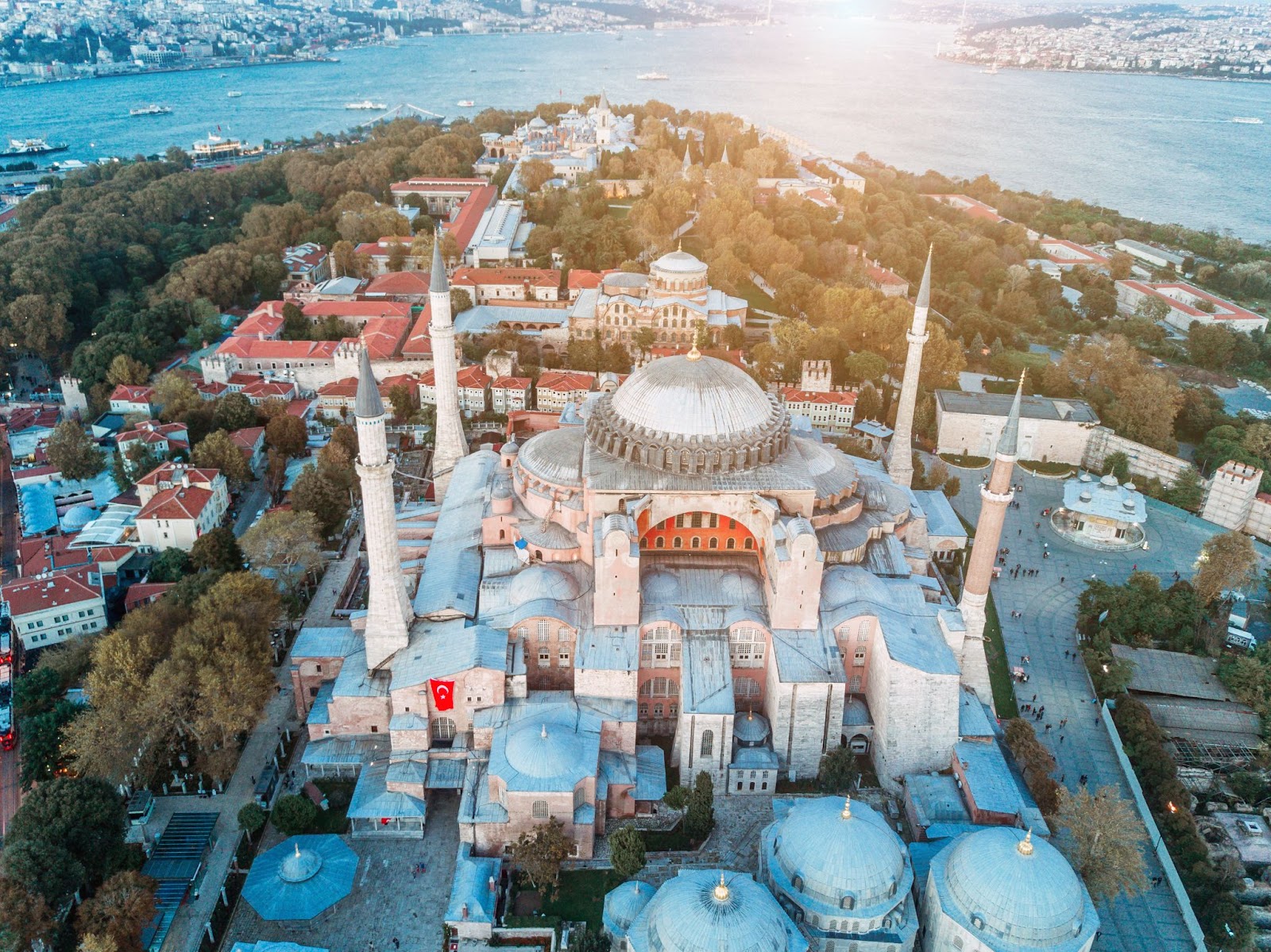 Where is Turkey located? Is Turkey an Asian or European country?

Turkey is a transcontinental country it occupies an area of 783,356 sq. km. 97% of Turkey’s area is located in Asia mainly in Anatolia in Western Asia and the rest in Europe in an area called Tarakia on the Balkans in Southeast Europe, the region where the largest city of Turkey is located, which is Istanbul.

Turkey is bounded on the north by Bulgaria and Georgia, on the south by Iraq and Syria, on the east by Armenia, Azerbaijan, and Iran, and on the west by Greece. So it’s an Asian-European mix.

Many of us think that Istanbul is the capital of Turkey because of its fame, its unique geographical location, and the unique mixture of cultures and people there, but Ankara is the official capital of Turkey,  it is the political and administrative center of Turkey.

Located in the central part of Anatolia and is considered the third-largest city in Turkey in terms of area and the second in terms of population which reached 5.747.325 people.

Ankara is bordered to the north by Karabuk, to the south by Konya and Aksaray, to the east by Kırıkkale, and Eskişehir to the west.

Is it Turkiye or Turkey:

Recently Turkey has decided to rebrand its international image by tweaking the country’s internationally recognized name from “Turkey” to Turkiye.

Turkiye’s President Recep Tayyip Erdogan issued a communique saying that “The word Turkiye represents and expresses the culture, civilization, and values of the Turkish nation in the best way,”

Besides that, if you Type “Turkey” into Google you will get muddled results that conflate the country with a large bird famous for being served on Christmas menus or Thanksgiving dinners known as “turkey”.

What does the flag of Turkey symbolize?

The flag of Turkey is a red flag featuring a white star and crescent. The red color has reflected the blood of soldiers, and the crescent represents Islamic religion, while there are many rumors regarding the star; some thought the star symbolizes “the Turkish”, others say that it represents humanity, and is also said it represents the planet Venus, which appears in the form of a star near the moon.

The population in Turkey reached 84.680.273 people in 2021, according to “Sabah”; in one year the population of Turkey increased by 1 million and 65 thousand and 911, also the number of foreigners residing in Turkey increased by nearly half a million people last year to reach 1 million And 792 thousand and 36. Males represent 50.1% of the total population of turkey, while females represent 49.9%.

Turkey is the first in Europe in real estate sales 2021:

Turkey has become an attractive place for real estate buyers. Especially after the publishing of the “Turkish Citizenship by Investment” program. Since then, Turkey in general and its big cities in specific have witnessed great movement in its real estate market. Last year in 2021 Turkey ranked first among European countries in terms of real estate sales by selling about 1 million and 500 thousand properties.

Istanbul was the first city with the largest number of sales, acquiring 18.5% of the total sales. and Britain has followed turkey with a million and three hundred real estate sales.

Countries can enter Turkey without visa:

Turkey is one of the most popular countries to travel to, either for tourism, trade, investment, or even residence. Within the last few years, Turkey has exempted many countries from obtaining a visa to enter it. In total there are 91 countries whose citizens do not need a visa to visit Turkey 6 of them are Arab countries: Jordan, Tunisia, Lebanon, Kuwait, Qatar and Morocco.

Here are the top five reasons why foreigners want to live in Turkey.:

Turkish culture: The customs and traditions in Turkey are very similar to those of the Arab countries. The Arab immigrants in Turkey will find it easy to adapt to life there.

Islamic Identity in turkey: Although Turkey is the bridge between the East and the West,  Turkey is a secular country with a majority Muslim population; so it’s in line with the Islamic religion in in many aspects, as well as a number of Islamic events and celebrations take place there throughout the year, like Ramadan celebrations, eid, etc.

Ease of investing in turkey: Turkish investment laws are simple and comply with international standards while offering equal treatment for all investors (foreign and local investors). As well as, Turkey is one of the best-developed countries that provides many facilities for foreign investors such as providing incentives,tax-exemptions, and offering Turkish citizenship through investment, and other benefits to investors regardless of location, amount, and fields.

High quality of education and life in it: Turkey has qualified higher education opportunities; Degrees granted by Turkish universities are recognized in all countries in the world. The number of programs taught in English is growing. And Turkey is one of the most successful countries participating in the exchange programs under Erasmus + besides other successful exchange programs such as Mevlana and Farabi.

High QOL: You can enjoy a modern lifestyle in Turkey, real estate developers in Turkey are focusing on modern infrastructure and construction with the latest in architecture and advanced home technology. For example, modern areas in Istanbul like Başakşehir are incorporating Smart home technology, and communal amenities like a sauna, fitness gym, swimming pool, and barbecue area.

1- Turkey is home to fabulous mountain ranges, and visitors can enjoy fantastic wintertime there hitting the slopes at nearly a dozen resorts in Erciyes, Erzincan, and Erzurum which is turkey’s highest at 3,125 meters and claims Europe’s longest natural ski run.

2- Istanbul is the world’s only city located on two continents.

3- Turkish tea is  a sign of friendship and hospitality, remember never to refuse a cup of tea because it is considered rude

4- Turkish cuisine is known for being meat-heavy like Iskender, Adana Kebap, and Antep lahmacun, but most of the Turkish local restaurants carry a wide variety of vegetarian dishes like hummus, mutable, eggplant salad, and so on.

5- Every year since 1361 ​​Turkey has hosted a great sport and cultural event known as Oil Wrestling. It is called oil wrestling because the wrestlers pour themselves with olive oil and then go wrestling.

In short, Turkey is a great place to live or invest there. It has outperformed other similar countries in terms of its civilization, multiculturalism, reasonable cost of living, the beauty of nature, and finally its unique historical and religious places. 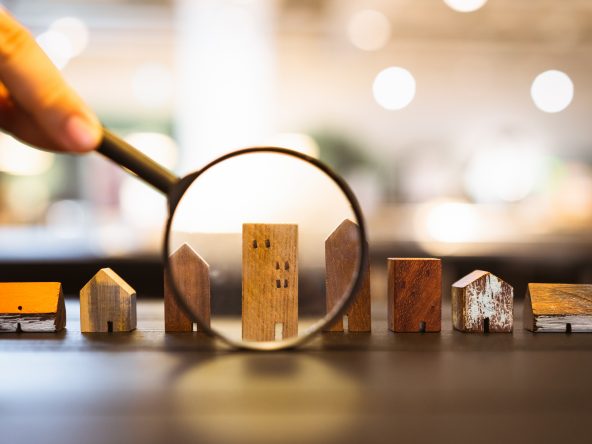 The Best Opportunity For Investors: Owning a Property In Turkey

Owning a property in Turkey, and investing in real estate is one of the most promising...
Continue reading